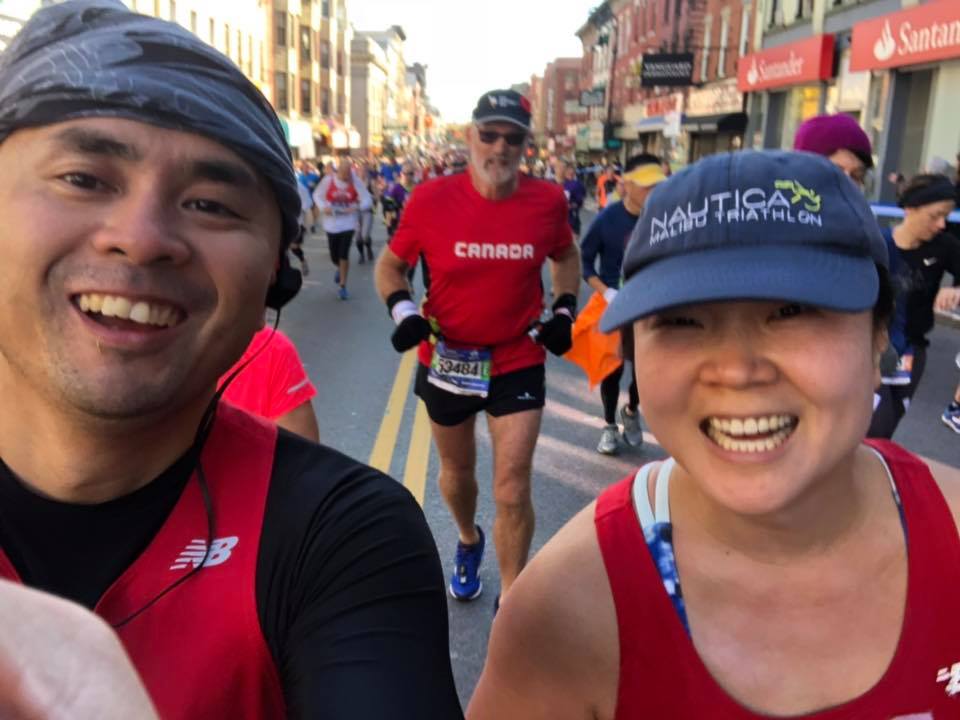 An overachiever, Elizabeth provided a lot of bonus content to ensure that you sign up to join Team Restore. Here are her top 5 excuses that shouldn’t stand in your way.

I had all these thoughts too and found this book, The Non-Runner’s Marathon Trainer, which helped assuage those worries. Two Iowa professors turned their college course on running a marathon into an instruction manual, complete with a reasonable training schedule that focuses on minimizing the risk of injury (and never has you run more than 18 miles) plus testimonials from those who’d never run before or were overweight or otherwise faced major obstacles. In the history of their class, only one person has ever failed to finish their first marathon, only because he did not follow the drinking guidelines.

2. “Training takes too much time.”

I followed the book’s training plan which had me running modest distances three times a week (generally 3-6 miles) plus a longer run on the weekend. All told it actually is not too much time. Per week, I probably spend more time watching The Office reruns on Netflix.

A seasoned NY marathoner sent me this NYT article, A Restroom Plan Can Reduce Worry, that I pass along with love. I believe that a successful marathon hinges on having a training strategy, a hydration strategy, and a gastrointestinal strategy. Also for what it’s worth, I drank at every water station, which are every mile starting at mile 3, and did not have to pee during the race. In fact, I finished around 3:45pm but didn’t pee till almost 7pm. Is this normal because you’re sweating so much or was my body just shutting down? Don’t know and don’t care, because porta-potties disgust me.

Every charity in the marathon requires its runners to raise this seemingly daunting amount, but Restore NYC will set you up with a fundraising page and coach you through it. I’ve always dreaded raising support, which is probably not optimal given my job, yet kinda loved doing so this time. After posting my fundraising page on Facebook (protip: post it on your birthday), I was so, so moved at the generosity of friends near and far.

5. “I have a medical condition and was told by my doctor not to run long distances.”

This is literally what one of my coworkers told me after I declared at our weekly staff meeting the day after the marathon, still on runner’s high, that if I could run a marathon, anyone could run a marathon. You know what I told her? Suck it up, it’s good for Restore. Har har just kidding. If you are the type to heed sound medical advice from highly trained professionals, then fine maybe you shouldn’t run it.

Let us know if you’re interested in running the New York marathon for Restore NYC. We have 25 spots this year, and they always go quickly. Don’t miss out!