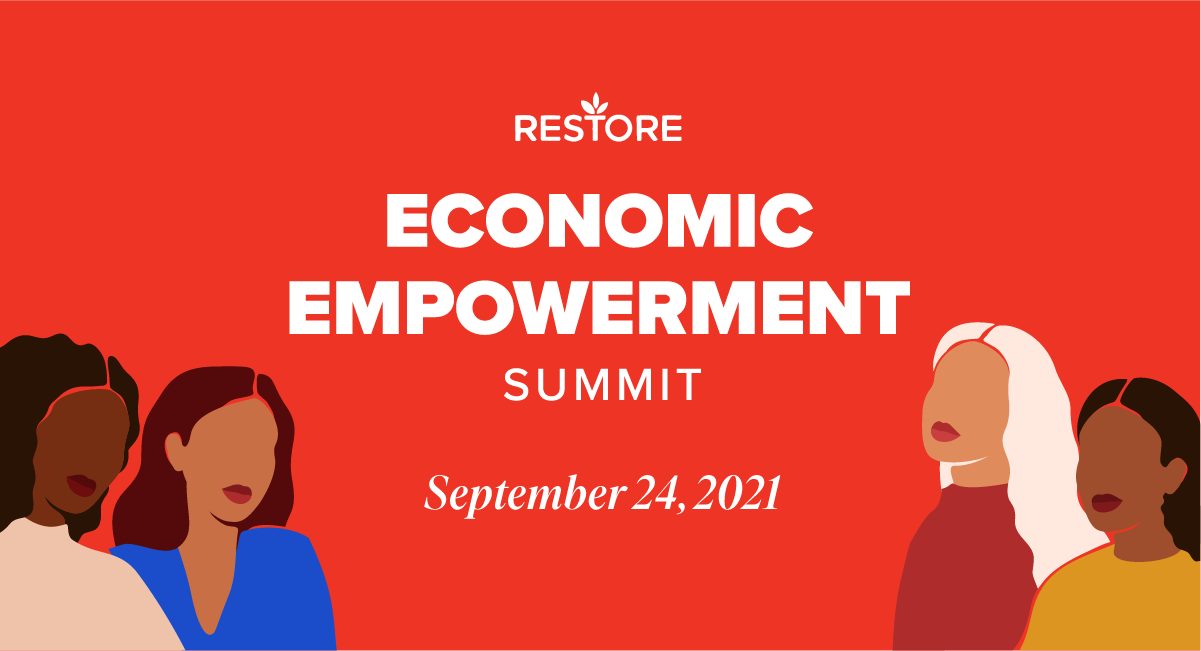 Cheryl Davidson is the Corporate Senior Director of Workforce Readiness within Talent Acquisition at Northwell Health. Northwell Health is the largest integrated health system in New York State, and its largest employer, with over 78,000 employees. Cheryl is responsible for transforming pipeline development through innovative programs, educational partnerships, and targeted recruitment. Her key areas of focus include Diversity & Inclusion for Persons with Disabilities, Veterans and Vulnerable Populations; Nursing Externships & Fellowships; and Student Programs and Internships. She co-chairs Northwell’s N-Able Business Employee Resource Group for People with Disabilities.

Cheryl has more than 20 years of experience in developing and executing strategies that build collaboration between business, education, government, and community-based organizations to create a skilled and educated workforce pipeline. For the 12 past years along with Brookhaven National Lab and Cradle of Aviation, Cheryl has co-stewarded the region-wide LI STEM Hub, which encourages students to pursue science, technology, engineering, and mathematics careers. The LI STEM Hub is linked to the NYS Empire STEM Network where she is a founding member and on the Leadership Advisory Council.

Angela Lee is an award-winning professor and former Chief Innovation Officer at Columbia Business School where she teaches venture capital and leadership courses. She has started four startups and is also the founder of 37 Angels, an investing network that has evaluated over 15,000 startups, invested in 70+, and activates new investors through a startup investment bootcamp. She also serves as a venture partner at Fresco Capital, an early-stage venture fund that focuses on the future of work, digital health, and sustainability.

Angela has spoken at the White House and NASA and is an expert in teaching online and making learning scalable. She is a sought-after expert on CNBC, Bloomberg TV, MSNBC, and Fox Business. She was recognized by Inc. as 1 of 17 Inspiring Women to Watch, by Entrepreneur Magazine as 1 of 6 Innovative Women to Watch, and by Crain’s as a Notable Woman in Tech. In 2020, she was awarded the Dean’s Award for Teaching Excellence at Columbia Business School.

Nes Parker is a Principal in Deloitte’s Government & Public Services Practice. During her consulting tenure, Nes has led engagements for government, nonprofit, and philanthropic clients related to strategic transformation. She has served the European Commission, UK Home Office, World Economic Forum, United Nations, US Departments of Homeland Security, State, Health and Human Services as well as Defense. Nes is passionate about applying Deloitte’s capabilities and solutions to social causes such as anti-human trafficking, refugee response, and gender and inclusion.

Her work and commentary have been in the Wall Street Journal, US News and World Report, Business Insider, Huffington Post, Public CIO, Chronicle of Philanthropy, Governing Executive, Profiles in Diversity Journal, and Deloitte University Press. She has also spoken at, amongst other venues, SXSW and Washington Post Live and as a guest lecturer at Yale University, Georgetown University, George Mason University, and Columbia University.

Andrew Glazier is the CEO and President of Defy Ventures, a national nonprofit focused on entrepreneurship, employment, and personal development for currently and formerly incarcerated men, women, and young adults. Defy Ventures has enrolled more than 5,000 Entrepreneurs in Training in prison and post-release programming, engaged more than 5,000 volunteers, and supported the launch of more than 140 businesses. Defy’s graduates have a one-year recidivism rate of less than 8%, compared to the national one-year rate of 30%. Defy offers programming through a network of chapters and licensed affiliates across nine states. Andrew holds a BA from Pomona College and an MBA from the UCLA Anderson School of Management.

Stephen Jackson became the CEO of the Workshop in Business Opportunities (WIBO) in 2018. He graduated the workshop in Spring 1992 and has used the knowledge he gained during

those 16 weeks to build and sell three multi-million-dollar companies over a 21-year period. Stephen has served as a volunteer of the workshop for more than 10 years as a Work Group

becoming the CEO. He is respected for helping organizations innovate, thrive, and grow, and is known for optimizing resources to achieve core mission by earning the confidence of key stakeholders and establishing a positive and enthusiastic corporate culture. Stephen has verifiable success in managing innovative initiatives, creating value-added programs, increasing organization visibility, and exceeding financial goals.

Stephen has written several white papers, eBooks, and reports on how to successfully implement social media and mobile marketing strategies and techniques and is the author of “Twitterworlds,” the non-technical guide to using Twitter. He served on the board of the New York & New Jersey Minority Supplier Development Council (The Council) as a certified Minority Business Enterprise (MBE). Stephen also served as vice chair of the Minority Business Enterprise Input Committee, a committee of The Council that assists certified MBEs with capacity building and other business concerns.

Marlene Orozco is the Lead Research Analyst with the Stanford Latino Entrepreneurship Initiative at Stanford Graduate School of Business and the CEO of Stratified Insights, a research consulting firm. She holds a PhD in Sociology from Stanford and a Master’s in Education Policy and Management from Harvard. Her research focuses on immigrant integration and pathways of social mobility through entrepreneurship. Dr. Orozco is the lead author of the 2017-2020 State of Latino Entrepreneurship research reports and is currently measuring the immediate and ongoing impact of COVID-19 on minority-owned businesses. Her research has been featured in hundreds of media outlets including Bloomberg, MarketWatch, Forbes, NBC News, CNN en Español, and Univision, among others. Dr. Orozco is also the lead editor and co-author of an edited volume, Advancing U.S. Latino Entrepreneurship: A New National Economic Imperative, Purdue University Press. Dr. Orozco has been previously named 40 Under 40, Top Young Professionals by Silicon Valley Business Journal and presented the Stanford Community Impact Award by the Stanford Alumni Association.

Laura Galt is the NYC Director of Safe Families for Children. Laura has a passion for preventing family separation through mobilizing local communities to be good neighbors. This passion is driven by her own family, as two of her four kids experienced family separation, as well as through her involvement in her local community. Her family became close to a few families in a homeless shelter on her block and learned how ordinary neighbors can be instrumental in providing necessary family support so that families stay together. Laura has her MA in Theological Studies from Covenant Theological Seminary. Laura lives in Clinton Hill, Brooklyn with her husband and 4 kids. Her husband is the pastor of Resurrection Clinton Hill.

Jesús Gerena is the CEO of UpTogether, an antiracist change organization that trusts and invests in low-income families, allowing them to move themselves out of poverty. Under Jesús’s leadership, UpTogether has quadrupled its revenue, doubled in staff, and expanded its work to all 50 states through the adoption of its strength-based approach and technology platform, UpTogether Community.

Prior to joining UpTogether in 2010, Jesús worked for the Hyde Square Task Force (HSTF), where he served as Deputy Director and worked on the Youth First project that helped lay the groundwork for a proposed $250 million urban development project. In 2008, the HSTF team organized and designed a youth-led comprehensive Civics curriculum in Boston Public Schools.

Jesús has held numerous board leadership positions across New England and is also a co-founder of the Community Fellows Program at the Institute for Nonprofit Practice. He currently serves on advisory groups for the Aspen Institute and the Kresge Foundation. Jesús is an established speaker and has presented at conferences and gatherings across the United States, most notably as a featured speaker at the 2011 TEDx Cambridge conference. In 2015, the Boston-based Barr Foundation awarded Jesús a Barr Fellowship for his contributions to the city and his potential to drive positive change. Recently, the Schwab Foundation named Jesús as a 2020 Social Innovator of the Year for leading UpTogether’s work supporting tens of thousands of families across the US during the COVID-19 pandemic.

Seán is a member of Deloitte’s Government and Public Services (GPS) Executive Committee and the US firm’s Operating Committee. As the Chief Operating Officer for Deloitte’s $5 billion+ US GPS business, Seán has day-to-day operational responsibility for more than 18,000 US and globally deployed personnel. Further, he has responsibility for a comprehensive future of work transformation across HR, IT, Facilities, Contracts, Finance, Security, Compliance, Marketing, and Business Development.

With more than 20 years of consulting experience, Seán has a track record of leading large-scale projects in conceptualizing, designing, developing, and implementing solutions through enhanced technology and innovative strategies. He has served a broad range of government agencies and departments, including the Department of Homeland Security, Department of Defense, Department of State, Department of Treasury, and the US Postal Service.

Seán is committed to social and community impact. He is active in finding solutions to the scourge of human trafficking and has published and led projects for government agencies and survivor and advocacy groups. To this end, Consulting® magazine awarded his team with the Excellence in Social & Community Investment Award for work done in this important area. He is a Board Member for the Greater Washington Area Community Foundation, a charity that works to strengthen the Washington, DC metropolitan region by encouraging and supporting effective giving. Additionally, he is a Board Member for the Deloitte Foundation, which supports education initiatives benefiting high school through graduate students and educators to develop future diverse business leaders and promote excellence in teaching, research, and curriculum innovation.

Register for the economic empowerment summit