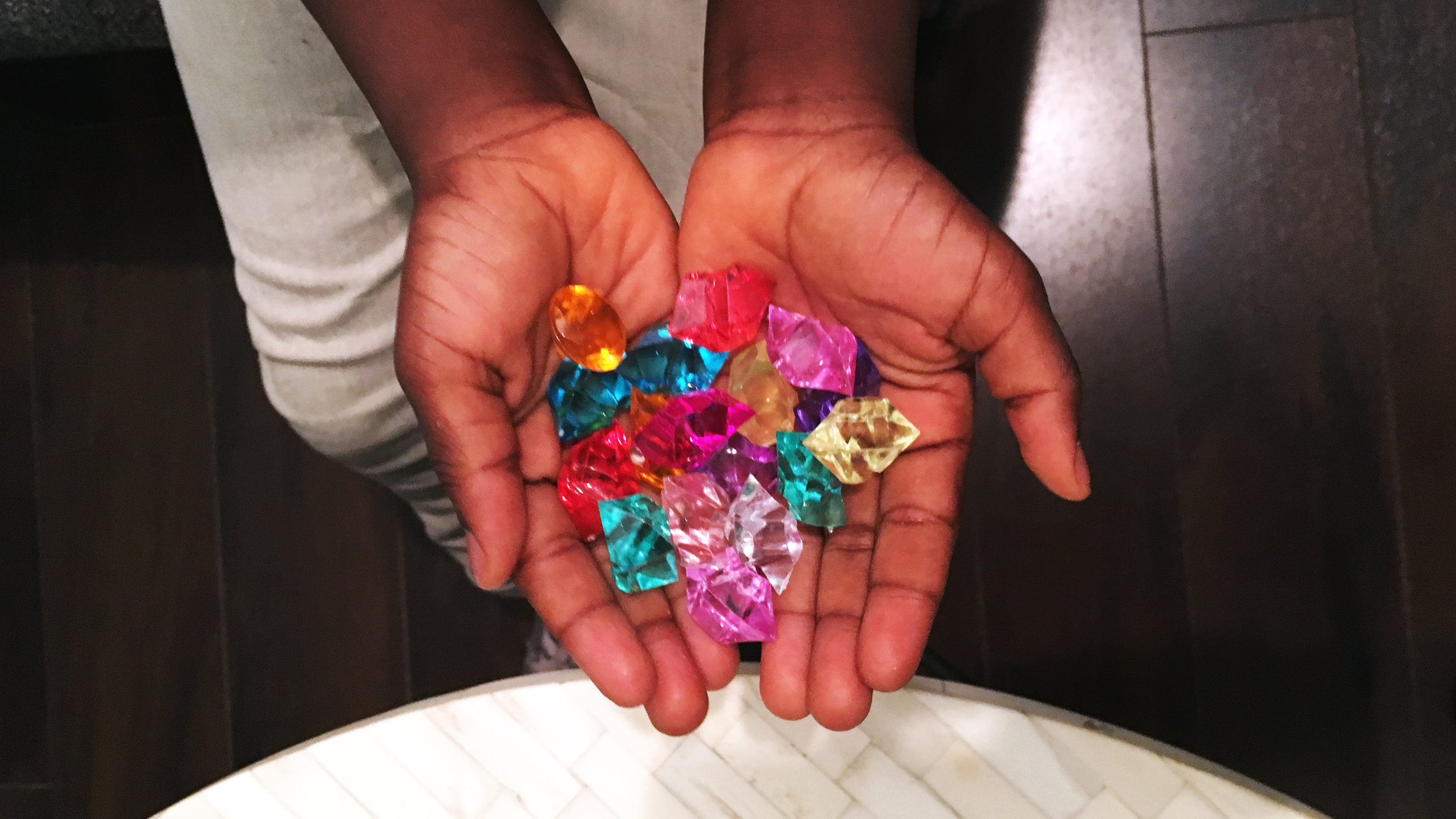 Photo above: Esther’s daughter’s hands during her first visit to Restore’s office

Meet Esther*, the first survivor who got a job through Restore’s Economic Empowerment program.

Two years ago, before the program officially launched, Esther, a then-resident of our Safehome, expressed her need for safe employment.

Esther was a divorced mother and was desperate to reunify with her young daughter. She had been trafficked to the United States one year earlier with a group of women from her home country. “Eight women and one man,” she recalled. The man she traveled with forced her to work and kept her locked in a house with the other victims. Eventually, when her trafficker was away, she and one other woman escaped.

Soon after, she moved into Restore’s Safehome after meeting the federal criteria for a “severe victim of trafficking.”

Esther’s first step to reunification with her daughter was finding a safe job.

Before her daughter could move to the United States, Esther needed to prove that she had a stable place to live and could provide financially for her family. Restore referred her to an immigration attorney to pursue a visa specifically for survivors of trafficking, and Restore’s first Economic Empowerment Manager connected her with a business partner for a well-paid position as a housekeeper.

Esther was granted her visa, began saving money each month, and eagerly awaited the day that she would be reunited with her daughter. Six weeks ago, her five-year old daughter moved to New York City. Esther couldn’t wait for the team at Restore to meet her daughter. When they came to visit our office, Esther reflected on her time at Restore:

“You helped me so much. You helped me with everything in my life. Before, every day I would think about my life and my daughter. Before, I had no work. But right now, I have work. I have papers. I have everything. Right now, thank God, my daughter is here.”

70% of the survivors Restore serves are mothers, many with stories like Esther’s. Every day, we meet women who have been exploited in unimaginable ways, and their #1 request is “help me find a safe job to provide for my kids.”

Through our Economic Empowerment program, we are honored to do just that.

$1,500 sponsors one survivor in Economic Empowerment. This includes 12 weeks of job training, ESL classes, peer support, and placement in a safe job.

Based on our impact data, her annual income will increase by over $8,000/year after graduating the program. That’s a 5X return on your investment!

Today, Esther is providing for herself and her daughter as they live together in safety.

We are confident that Economic Empowerment is the key to long-term independence for each woman we serve. Without the economic stability to provide for her family, she is more likely to be trafficked again and the path to reunification with her children becomes more challenging, if not impossible.

After nearly two years at her job, Esther lit up when talking about her work:

“I love it! Everything about it. Because the people help everybody. Because I need a job, my job is good for me. Because people love me, and I love people at that place. I love that work. If you work someplace that people don’t love you, it can be a bad job. But me? I love that job.”

She said that if she could tell others one thing, “I’d tell them to help other people. That’s the number one thing. Help people, because people helped me, too. Thank you that people helped me.”

By making a gift today, you will connect more survivors like Esther to jobs that are critical to their family’s safety and well-being.

We can’t do this work without you.

*Name has been changed to protect identity. No identifiable women in our communications are known to have been exploited.